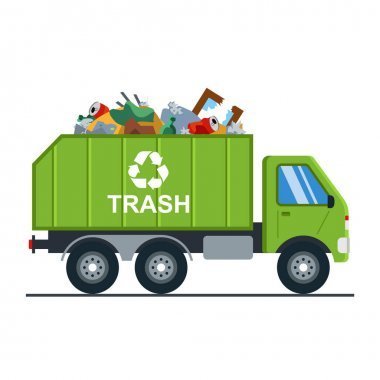 On December 31, 2021, the City of Morenci’s Refuse Contract with Modern Waste expired, which called for one (1) bag and one (1) bulky item garbage service, along with an option to contract separately with Modern Waste for a cart. Knowing that the contract was to expire, the Morenci City Council went out for bid for refuse service for its residents.

Only one (1) bid was received back, which was from Modern Waste. The bid, despite the City of Morenci requesting one (1) bag and one (1) bulky item service, contained no bid for that type of service. Modern Waste made it clear in the bid that they would no longer provide such service. Bids were solicited from other refuse companies, but they simply decided not to bid on the service. One (1) bag and one (1) bulky item will continue until February 1, 2022

The new contract with Modern Waste calls for a monthly cost of $14.75 for a cart. This includes $13.95 for the actual container and an extra 80 cents a month for the ability to have a curbside summer garbage pickup day where you can place as much garbage at the curbside that you would like. The Morenci City Council has established this on the monthly water bill through an ordinance (ordinance is located here), and each location currently serviced with the $16.25 a quarter charge will receive a cart the week of January 17, 2022. The service is not optional.

With this change, you will no longer see a $16.25 quarterly refuse charge on your water bill nor will you receive a monthly or quarterly invoice from Modern Waste for a container. In its place will be a $14.75 charge for refuse per month. This is roughly an increase of $2.45 a month for those with container service already and an increase of $8.34 a month for those that only have one (1) bag and one (1) bulky item service.

There will also be a change starting February 2, 2022, where refuse service will now be on Wednesdays of each week, as opposed to Fridays. Modern Waste will continue to adjust its schedule for the following holidays: New Year’s Day, Memorial Day, 4th of July, Labor Day, Thanksgiving, and Christmas Day. All pickups after those holidays will be delayed one (1) day. All pickups will be caught up by Saturday. If the holiday falls on either a Saturday or Sunday, the pickup day will not be affected.

The Morenci City Council did not have any alternatives to the bid received from Modern Waste. Several companies did not bid on the service due to a lack of already being in the area, a concern for being able to hire necessary employees to service the City of Morenci, or non-compete clauses. The City of Morenci did consider what other communities were paying for service and found that with the current arrangement it was the cheapest around. The current setup was not being offered to be continued, however, and it was found in research that the current arrangement was unique to the City of Morenci only.

Question: What happens if I paid in advance with Modern Waste for cart service?

Answer: Modern Waste will be providing the City of Morenci with a list of customers that had paid in advance for cart service. Those customers will receive a credit on their water bill.

Question: How do I get an additional cart?

Answer: Simple. Call the Morenci City Offices and we will sign you up for an additional cart. You will be billed an additional $14.75 a month on your water bill for the cart.

Question: What do I do with cardboard?

Question: What about recycling?

Question: What about bulky items?

Question: What happens if Modern Waste misses my garbage?

Answer: If your garbage is missed, simply call the Morenci City Offices and it will get picked up. The City of Morenci will be your contact from now on for refuse service, as opposed to calling Modern Waste about missed garbage.